President and Mrs. Rivlin hosted the OneFamily Orphan Division for Tu B’Shvat Seder at their home

OneFamily is heartbroken and extends its condolences to President Reuven Rivlin and the entire family on the death of the First Lady, his wife Nechama, who passed away at Beilinson Hospital in Petah Tikva, a day before her 74th birthday.

Nechama suffered from pulmonary fibrosis, a lung condition and underwent a lung transplant on March 11.

She worked as a researcher in the departments of Zoology, Ecology and Genetics at the Hebrew University in Jerusalem until she retired in 2007.

A warm people loving person, Nechama would often write on the President’s Facebook page about Israeli artists and writers she appreciated. She would start the posts with “Hallo everyone Nechama here,” and end them with “yours Nechama.”

At the President’s residence, despite her condition, she chose to focus her energies on arts and activities for children with special needs, bereaved mothers, the environment and nature. She also found time to set up a special community garden, inviting children from all across Israel to plant herbs and flowers there.

Both President Rivlin and First lady Nechama were staunch supporters of OneFamily and invited members of the Orphans Division who lost both parents in attacks to a special Tu Bishvat Seder at the official President’s Residence in Jerusalem.

In 2015, at the OneFamily book launching at the President’s Residence, ahead of Remembrance Day for Israel’s Fallen, the President and First Lady received a copy of the cook book, a special project titled “A Taste for Life.” 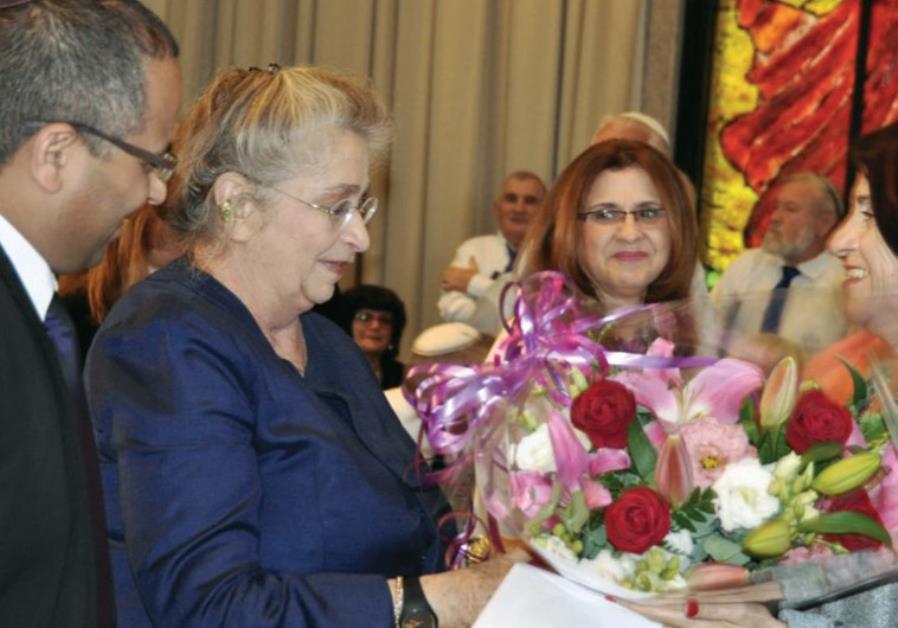 The book was compiled by bereaved mothers who submitted recipes of their sons and daughters killed in terror attacks and war.

Nechama contributed one of her recipes to the book,  saying she and her husband decided to share with readers a recipe they particularly love that carries the aromas and memories of people no longer with them.

They also wrote a special dedication in the book saying it portrays “more than anything else, a belief in life and a love of life…We hope that the memory of the children remains alive in our hearts and we would like to thank the people of OneFamily for this special initiative.”

Our hearts go out to the President and his family. Nechama was a woman of valor, a gentle soul who will be missed by all.

To read more on The Taste of Life Book Launch: